Well it was a rainy bank holiday weekend but we had to make at least one trip out each day to avoid Samuel climbing the walls. However, one huge advantage of being back at the family home is that there are plenty of scenic places within walking distance. 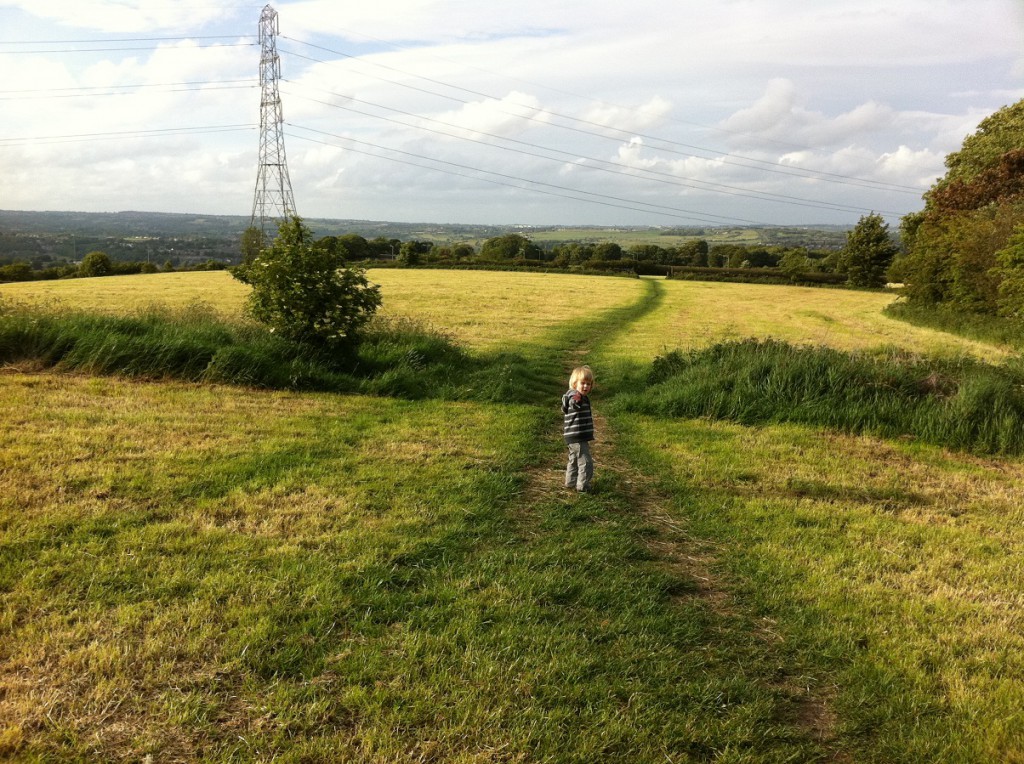 Already popular are the woods at the end of the road and the car-splash (ford), where Sam watches each car go through before demanding “again!” – expecting me to magically produce another vehicle on the road.

On Monday we had a look for somewhere we could get to on the bus which severely limited our choice. In the end we chose Bradford and the National Media Museum where they were having a pirate event in celebration of the latest Pirates of the Caribbean film. We got there a bit early and found (unsurprisingly) that there isn’t that much for 2.5 year old to do in the museum… but Sam did have a lot of fun in the video game area due to the huge number of buttons that were waiting to be pressed. 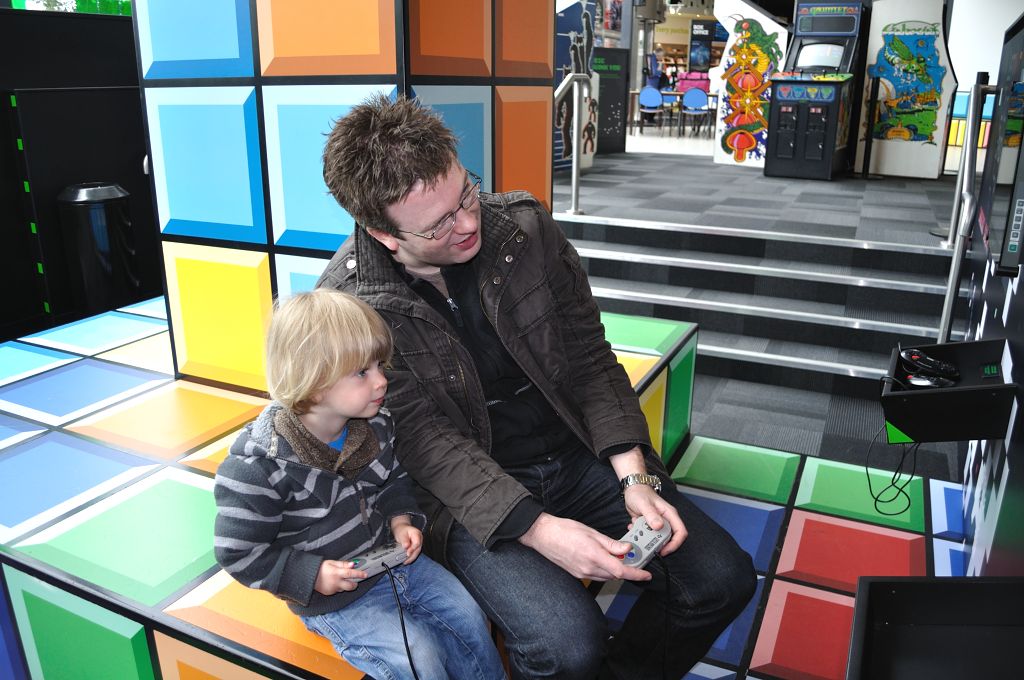 Sam and I try the original Mario Kart

I had a great time when Jessica found that her generously donated 50p bought me a long session on Point Blank 2 (I got on the scoreboard!). 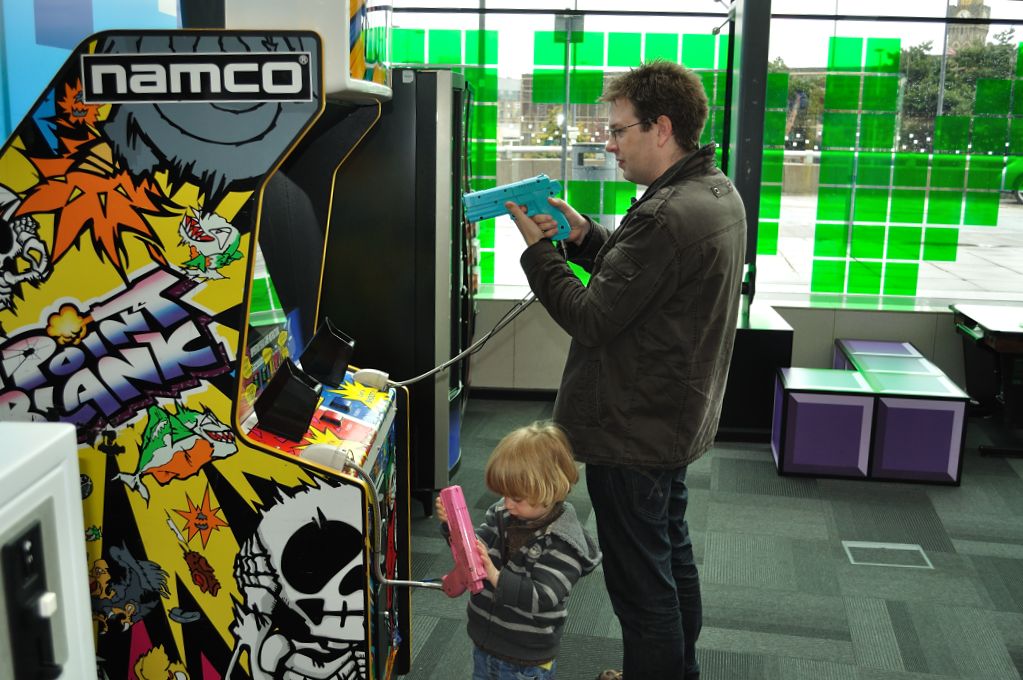 My partner had issues with the colour of the gun

The pirate fun wasn’t quite ready so we made a quick trip up to the more interactive exhibits upstairs and Samuel pressed lots of buttons. Finally Samuel got to make his pirate hat and flag which he was very pleased with. 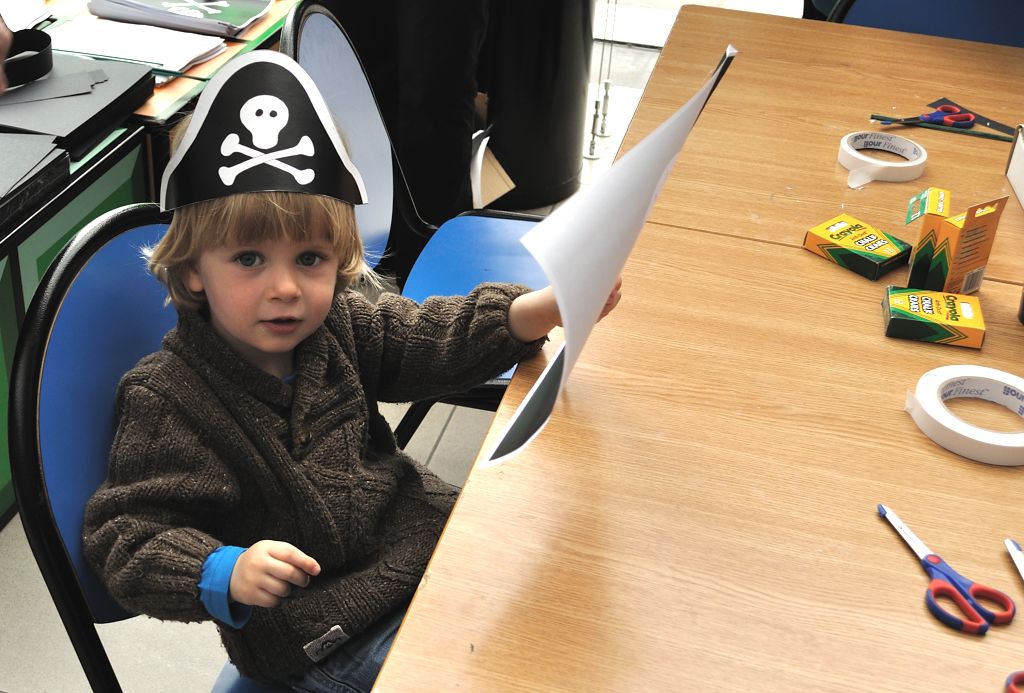 That brought us nicely up to lunchtime when we found that Bradford has very little to offer the hungry family… or maybe we were just in the wrong part.