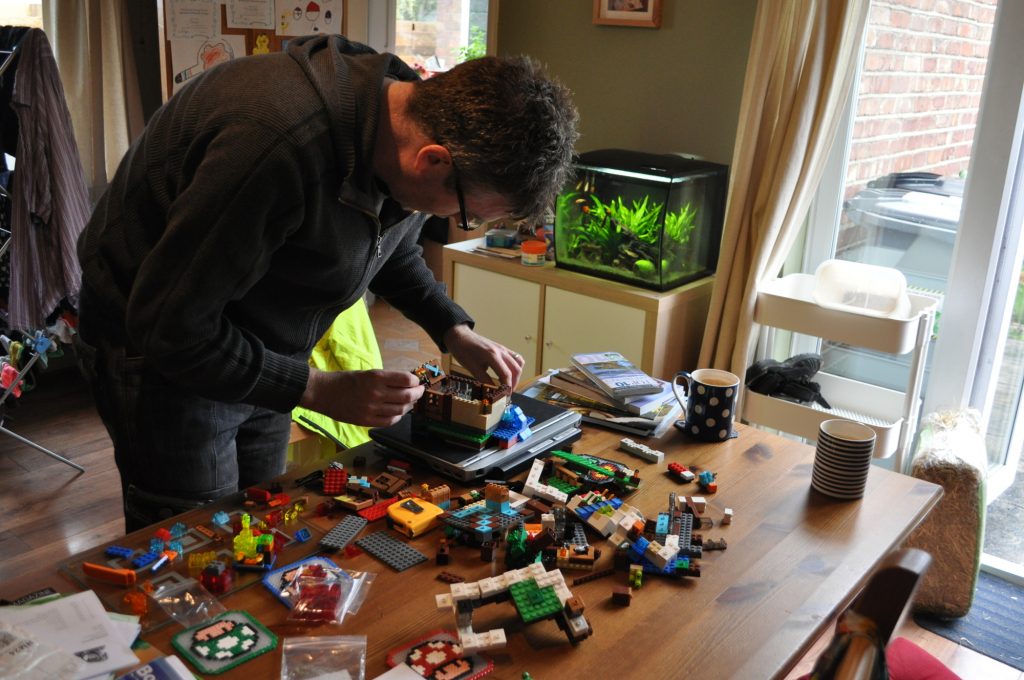 Much Lego planning and technical wizardry has been in action in Tea Towers recently. Rich had decided Emily needed her own night light for her room and so decided to build it for her himself. 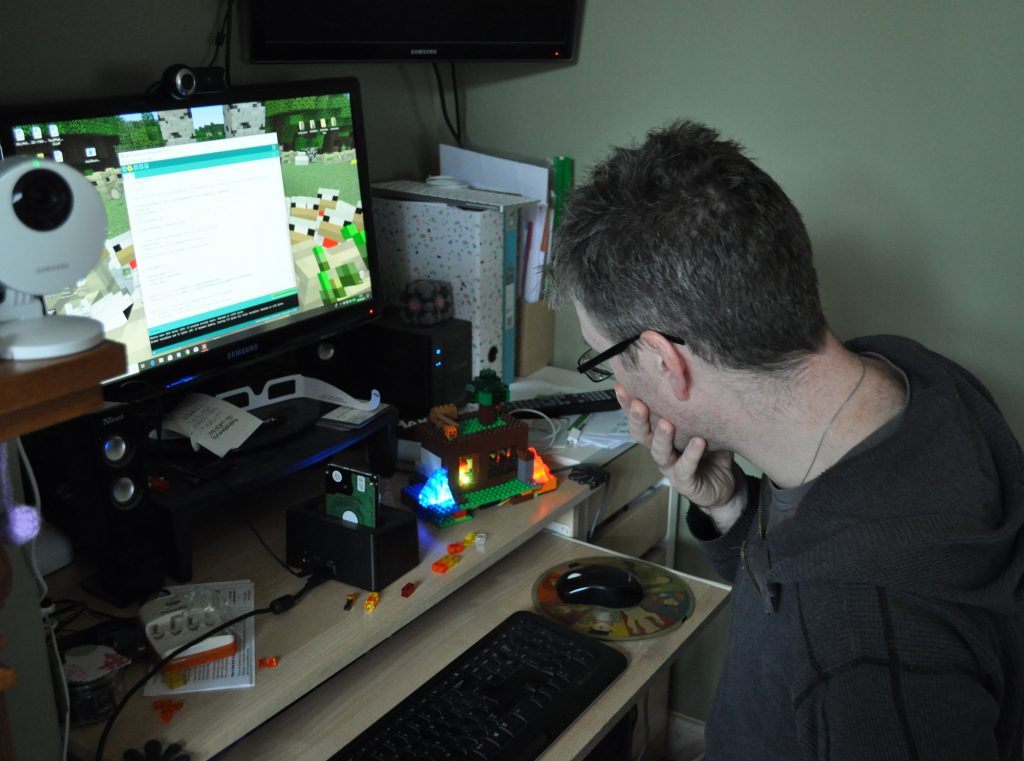 This being Rich involved an Arduino board with some (not his most elegant) code to make the 3 neo pixels (lights to the rest of us) flicker in slightly different ways to try to simulate the glow from inside the house, the water flowing on one side and the lava glimmering on the other. 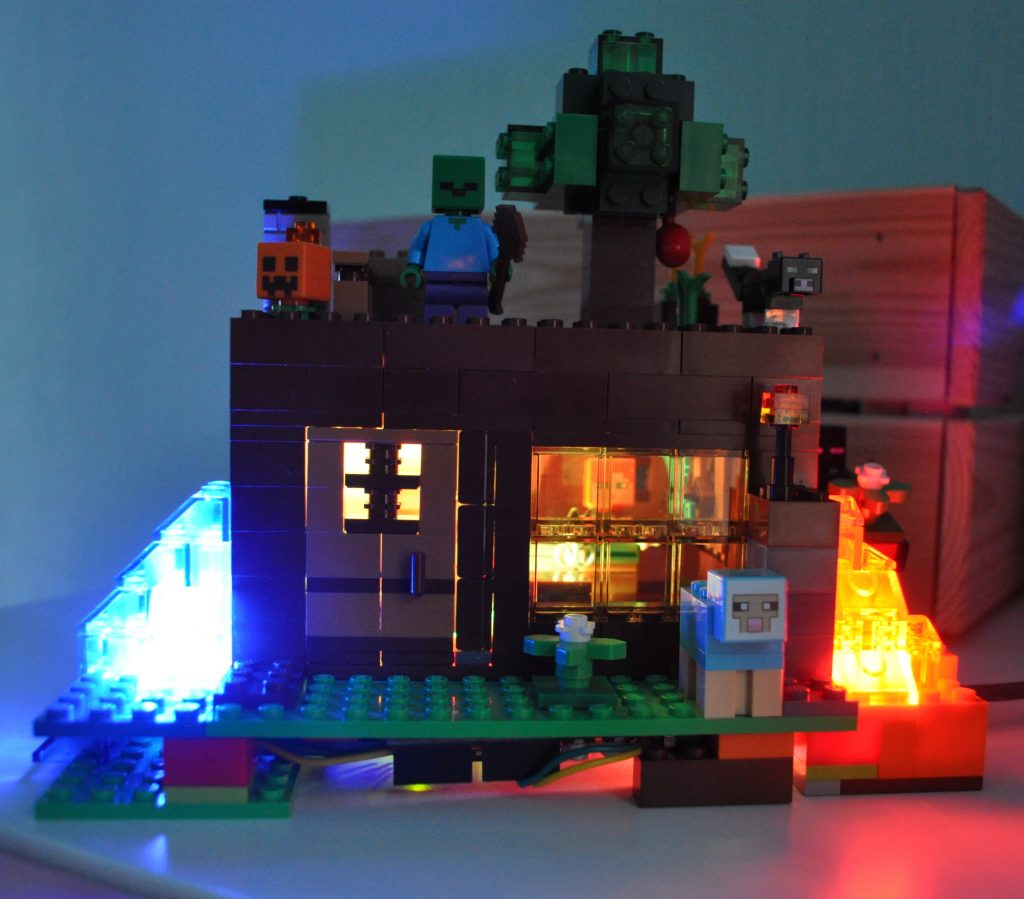 Ta dah! Possibly the coolest night light around if you are a huge fan of Minecraft like Emily and Sam both are. In fact they are both so delighted about this new night light that they have agreed to a weekly rota to take turns with it.

I’m slightly worried about putting Emily/Sam to bed with a night light that has a zombie wielding an spade on top, however at least the Enderman round the side of the house is holding out a block with a flower on top.