During the weekend before Easter I went up to Scotland to try out one of the trail centres up there. The trip had been arranged for some time as me and Dan wanted to make sure we got the nicer weather of spring. Obviously we didn’t get the weather we wanted… but we gave it a go anyway.

The trail centre is in Glentress Forest and promises some of the best mountain biking in the UK. We arrived to find a relatively clear car park but the snow on the trails was already 15cm deep and only got deeper as we climbed higher. 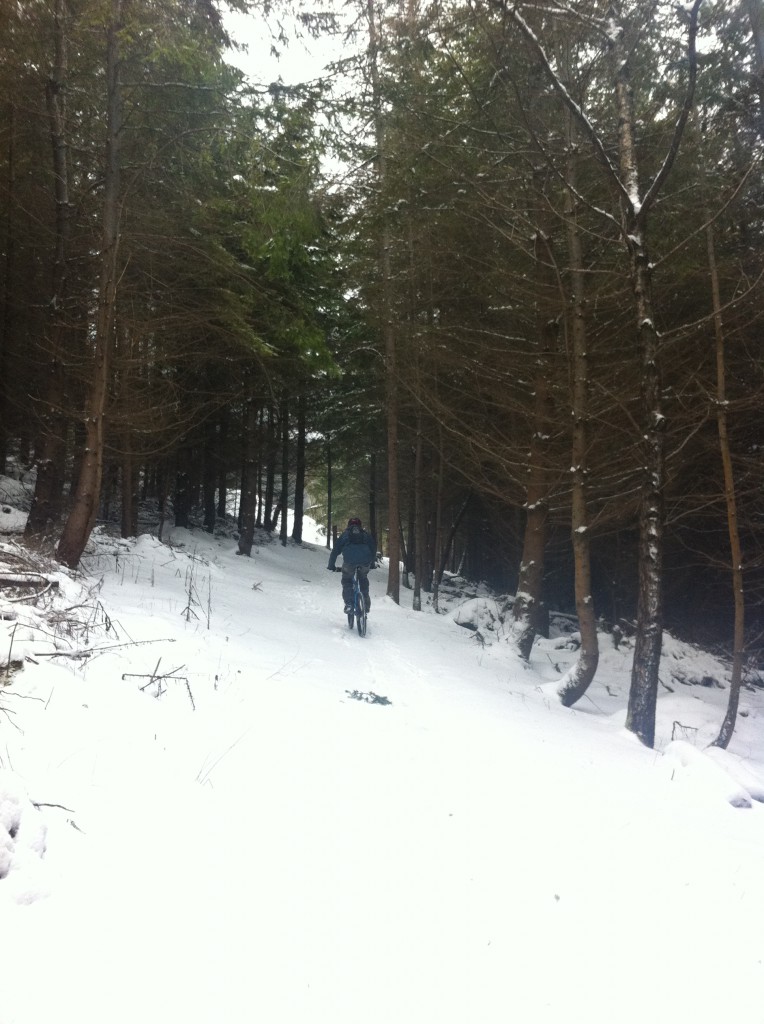 Dan climbs through the forest

The going was OK if you stuck to the foot wide channel that some other riders had carved into the snow. Deviating from the track meant a battle with the handlebar and pedals to get out of the deeper snow (before you had to plunge your foot into a drift). Once we reached the height of the Buzzards car park it was difficult to get much higher. We had a quick go on “Berm baby berm” but most of the berms were un-rideable and had to be waded round.

At least the run down from Buzzard’s to the car was good – so good that we repeated the climb so that we could do it again. I had a good time but I look forward to returning to the trails in better weather one day.

Makes a good bike stand though