Both Samuel and Emily have needed to practice their balancing this weekend. After a long wait, Emily has started walking as can be seen in the video below.

As you can see, she is still having difficulty with her feet but she is getting better at it each day. On average she doesn’t fall over half as often as she did in the video. Now she is getting finally getting the hang of it she is wants to walk all the time and I’m sure it won’t be long before she starts to run.

Meanwhile, Samuel has got his first bike and is busy trying to acquire the valuable skill of being able to ride. We’ve decided to try without stabilisers to begin so Samuel can learn to balance the bicycle. After two days of trying things are going O.K. but I keep having to remind Samuel to look where he is going and not at the pedals.

In the end we got the bike from eBay for the princely sum of £18. It needs a bit of TLC (new brake levers and a new freewheel) but I think it’ll be just fine. If you’re after a cheap bike for the kids then I recommend trying Long Lane Garden Centre. 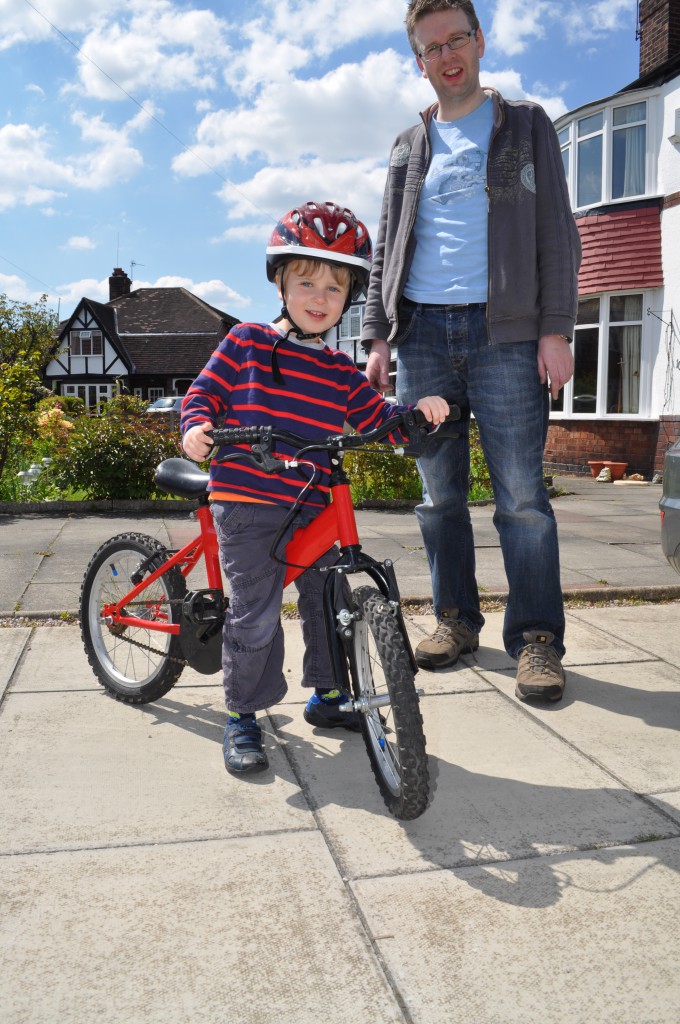 Sam and his new bike 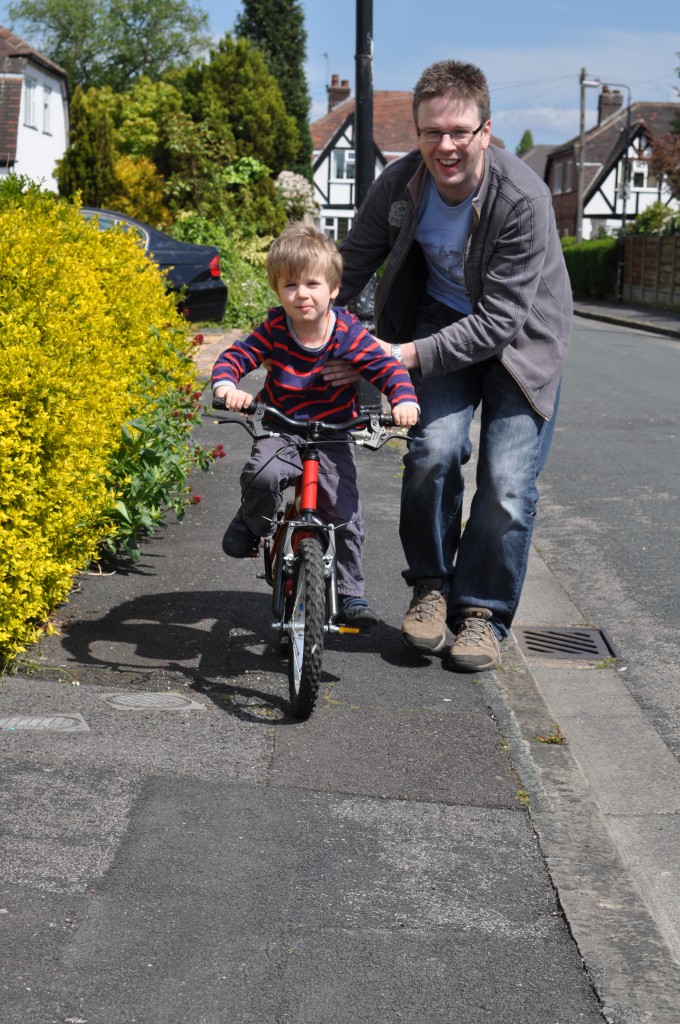