We’ve had another few opportunities to dress up recently with World book day in March and then much parading in our bonnets for the Easter bonnet parades.

Sam decided he wanted to dress as ‘Charlotte’ from Charlotte’s Web so this is the spider costume we came up with. Plenty of kitchen rolls were used to produce all his legs, the scary spider mask was fun and then a bit of crochet finished it with a special ‘Some pig’ written across. 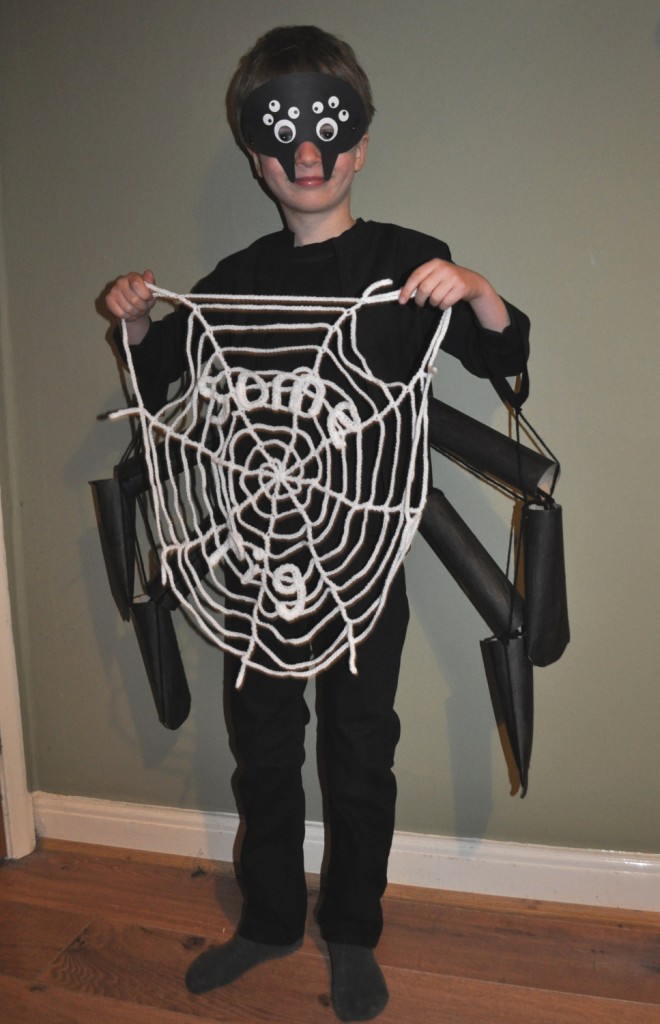 Emily and Sam helped put together their Easter bonnets. Emily worked on painting and decorating the eggs surrounding her crown. We added lots of chicks and she loved showing it off on the nursery parade. 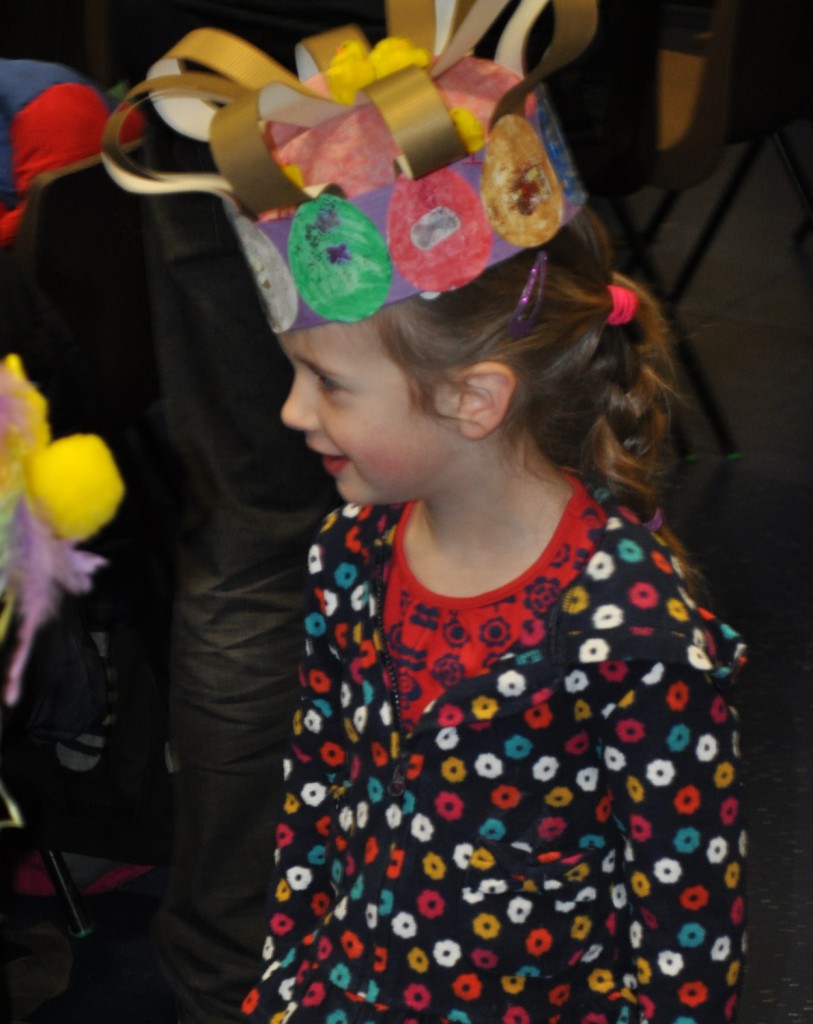 Sam did most of the work on his bonnet. He came up with the idea to just have it as a big egg around his head… I helped do the cardboard construction and then left Sam to decorate it. Apart from it being a bit top heavy and catching a few of his classmates while doing their spring songs on the stage it brought plenty of smiles to all who saw it 🙂